“On June 28, 2016, I  [Atty Apuzzo]  filed on behalf of Pennsylvania resident Carmon Elliott a Petition for a Writ of Certiorari with the U.S. Supreme Court.  The Petition can be accessed at https://www.scribd.com/document/317863645/Petition-for-a-Writ-of-Certiorari-Elliott-v-Cruz-Filed-6-28-16 .  The Court docketed the Petition on June 30, 2016.  Ted Cruz’s response to the petition is due by August 1, 2016.  The U.S. Supreme Court docket can be read at http://www.supremecourt.gov/search.aspx?filename=/docketfiles/16-13.htm .

The parties stipulated in the Commonwealth Court of Pennsylvania that Cruz was born on December 22, 1970, in Calgary, Alberta, Canada; that his mother, Eleanor Darragh, was born on November 23, 1934, in the State of Delaware; that his mother is and has always been a U.S. citizen from the moment of her birth; that at the time of Cruz’s birth, his mother had been physically present in the United States for more than ten years, including at least five years after she reached the age of fourteen; and that Cruz was a citizen at birth.

Elliott filed a petition with the Pennsylvania Secretary of State to set aside the nomination petition of Ted Cruz pursuant to which he sought to appear on the April 26, 2016 primary election ballot for the Office of the President.  In his objection, petitioner alleged that given that Cruz was born out of the territory and jurisdiction of the United States, his name should be stricken from the Pennsylvania 2016 primary ballot because he is not a “natural born citizen” within the meaning of Article II, Section 1, Clause 5 of the United States Constitution.

Cruz filed his opposition, contending that the Elliott’s objection raised a non-justiciable political question.  As to the merits, Cruz contended that a person born to at least one U.S. citizen parent, regardless of where the child may be born, if a citizen at birth under any law, is an Article II natural born citizen through inheritance of citizenship from the parent (jus sanguinis) and without needing to be born in the United States (jus soli).

The lower court ruled that the political question doctrine did not apply and then went on to decide the merits of Elliott’s objection.  After discussing some articles written by some authorities, the court held that: “Having extensively reviewed all articles cited in this opinion, as well as many others, this Court holds, consistent with the common law precedent and statutory history, that a ‘natural born citizen’ includes any person who is a United States citizen from birth.  Accordingly, because he was a citizen of the United States from birth, Ted Cruz is eligible to serve as President of the United States, and the objection filed by Carmen Elliott to the Nomination Petition of Ted Cruz is denied.”

Elliott appealed the Order of the Commonwealth Court of Pennsylvania to the Pennsylvania Supreme Court, which affirmed that Order on March 31, 2016, and also denied Victor William’s Notice to Intervene as Appellant and Elliott’s application for oral argument. 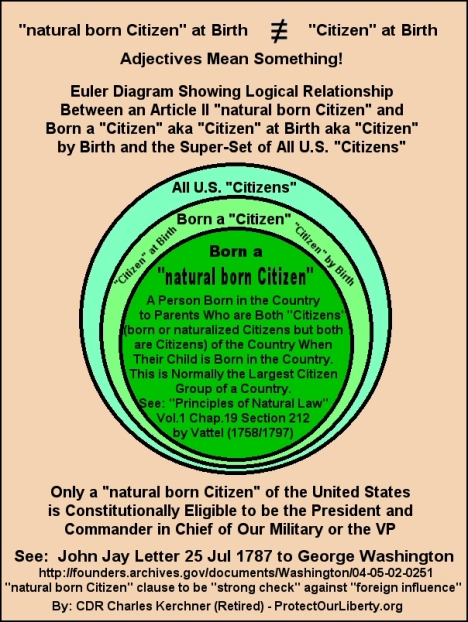 One thought on “Elliott v Cruz Petition for Writ of Certiorari Filed With U.S. Supreme Court”