Obama’s Own Secretary of State Hillary Clinton Admits America’s Founders and our Constitution were Inspired by the Ideas and Values of Emer de Vattel | @ BirtherReport.com

The quote from the Secretary of State Hillary Clinton which is highlighted in the image on the left: “America’s Founders were inspired by the ideas and values of early Swiss philosophers like Jean-Jacques Burlamaqui and Emer de Vattel, and the 1848 Swiss Constitution was influenced by our own U.S. Constitution. Swiss commitment to democracy is an example for nations and people everywhere who yearn for greater freedoms and human rights.” 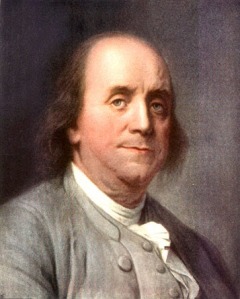 Benjamin Franklin, a founder of our nation and a framer of the U.S. Constitution, sent a personal thank you note to Charles Dumas in the Netherlands in 1775 thanking him for sending Franklin three more copies of Vattel’s The Law of Nations or Principles of Natural Law.  This preeminent legal treatise of the time was the key reference book, along with the Bible, for the justification for the fight for our freedom and liberties and the writing of the founding documents. http://www.scribd.com/doc/63130788/Ben-Franklin-thanks-Charles-Dumas-for-Copies-of-Vattel-s-Law-of-Nations

Vattel’s legal treatise, The Law of Nations or Principles of Natural Law, defined the legal term of art, “natural born Citizen”, as a person born in the country to citizen parents. Obama’s father was not a U.S. Citizen and never was.  See this link for Vattel’s legal statements as to who are basic Citizens of a country and who is a “natural born Citizen” of a country: http://www.lonang.com/exlibris/vattel/vatt-119.htm

Here is an essay by Attorney Mario Apuzzo, a constitutional Article II Section 1 expert, on the influence of Vattel’s Law of Nations on U.S. common law, especially in the first 125 years of this nation and most importantly during the founding era and generation: http://www.scribd.com/doc/32679911/Vattel-s-Law-of-Nations-or-Principles-of-Natural-Law-as-Fed-Common-Law-Defines-natural-born-Citizen

Obama is NOT a natural born Citizen of the United States to U.S. constitutional standards and the Law of Nations and Natural Law and is INELIGIBLE to be the President and Commander in Chief of the military: http://puzo1.blogspot.com/2010/03/obama-maybe-citizen-of-united-states.html